Posted on Jun 01, 2010   |   Comments (0)
every so often, a celebrity will change up his or her hairstyle, to be met with various degrees of success. with clients coming in every day, armed with photos of those stars with the most covetable cuts for inspiration, we're always keeping an eye out for celeb hair transformations. lately, it seems that several starlets have decided to experiment with different cuts, colors and styles. let's see how these new styles fare when compared with their predecessors: 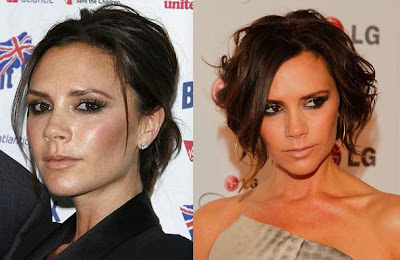 after trying out different updos and wearing her hair out of her face, victoria beckham is back to her signature bob style. this time, however, she opts for a softer, wavy look, as opposed to the more severe and perfectly straightened "pob" (posh bob, obvs) that we've come to expect from her. 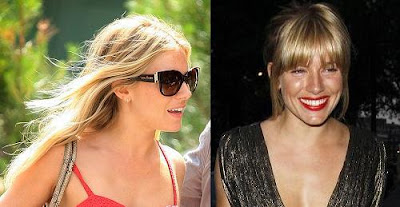 sienna miller has developed a reputation for being both cutting edge and capricious when it comes to changing her hair -- her looks have run the gamut from long, languid and bohemian to her close cropped, edie sedgwick-inspired pixie. recently, though, she debuted her latest look: eyebrow-grazing fringe! we absolutely love this look on her, and we think it looks especially great when paired with an easy ponytail. 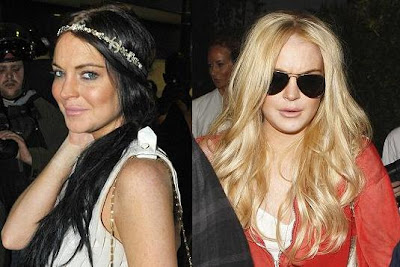 speaking of capricious...after brief stints as a redhead and brunette, lindsay lohan is back to blonde. last week, just days after showing off her darker 'do in cannes (accessorized with a chanel headband, natch), she was spotted in LA with freshly bleached tresses. although we prefer lindsay as a redhead, we will admit that this particular change is a positive one. 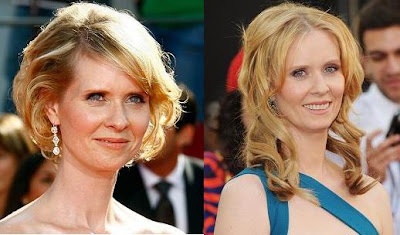 lastly, we have cynthia nixon, seen at the london premiere of sex and the city 2, sporting much longer locks than we're used to (most likely with a little help from extensions). while we think this is a nice departure for cynthia, over the past years, we've gotten accustomed to her signature miranda hobbes bob. perhaps it's just a case of conflating the actress and the character that she plays, but we simply like her better with shorter hair.
what do you think of these celebrity hair transformations? do you agree with our takes? tell us how you feel in the comments section!
« Next Post Previous Post »