Posted on Feb 02, 2010   |   Comments (0)
another week, another awards show..this past sunday, it was the music world's turn to celebrate with the grammys. now, the grammys are known for their "anything goes" red carpet dress code, and we must admit, we were somewhat disappointed this year -- no offense, but when fergie is among the best dressed at an event, the bar must be set pretty low. however, this is not to say that the evening was a total disaster. while the fashion left much to be desired, there were several songbirds who looked beautiful and on-trend..let's begin, shall we? 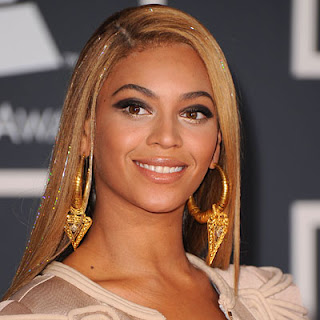 she won grammy gold for "single ladies," but we were far more interested in the silver strands woven into beyonce's hair! at the spring runway shows, we saw a similar look at carolina herrera, where models sported unfussy updos with metal chains woven through. however, we are not crazy in love with b's hair color -- we would prefer to see her with a warmer and more natural hue. 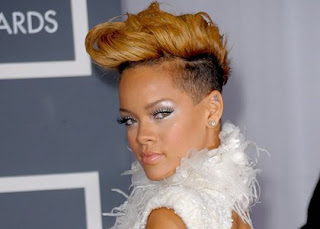 we all agreed that rihanna was one of the most gorgeous grammy guests. although her elie saab couture gown and striking white eyeshadow may conjure the image of an ice queen, rihanna seriously turned up the heat on the red carpet! here's another star who's clearly tuned in to the spring trends, because many fashion week makeup artists chose to focus on the eyes while leaving the rest of the face pared down. 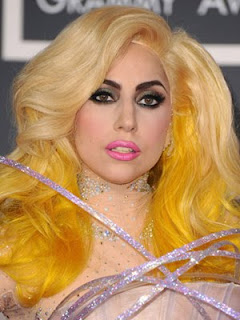 please, don't get us wrong -- we absolutely love lady gaga. her performance with elton john was easily the best of the night, and we think that she totally deserved to win album of the year over taylor swift (taylor swift?! really?!) HOWEVER, this is just too much. the super smokey eye, the nearly-black brows, the matte lip, the two-toned hair, accentuated by the clearly visible wig line..this is a lot of look. we respect gaga's integrity and talent as an artist and applaud her individuality, but we wish that she'd have chosen to tone it down. we also happen to think that she looked most beautiful when she had practically no makeup on in the "bad romance" video. 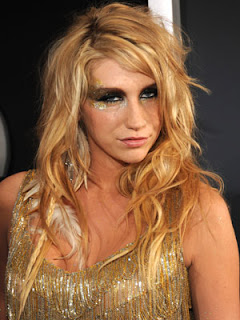 this is ke$ha. ke$ha sings that song that goes "wake up in the morning feelin' like p. diddy" that you've probably had in your head for the past 3 months..you know the one. yet we're not quite sure who she woke up feeling like on the morning of the grammys, because we're certain that p. diddy would not leave his house, let alone ATTEND AN AWARDS SHOW, if he felt as bad as ke$ha looks. from the metallic sludge smeared on her face from the unkempt hair with wayward feathers thrown in, this girl is a hot mess!

do you agree/disagree with our picks? who did you think looked the best and the worst at the grammys? we want to know -- leave us your comments!